To download a brochure please provide us with your details in the short form below. We won't share your information with anybody else, it is private and secure

Your brochure request has been submitted to Airsweb successfully. Click the link below to download your Airsweb brochure directly to your device. 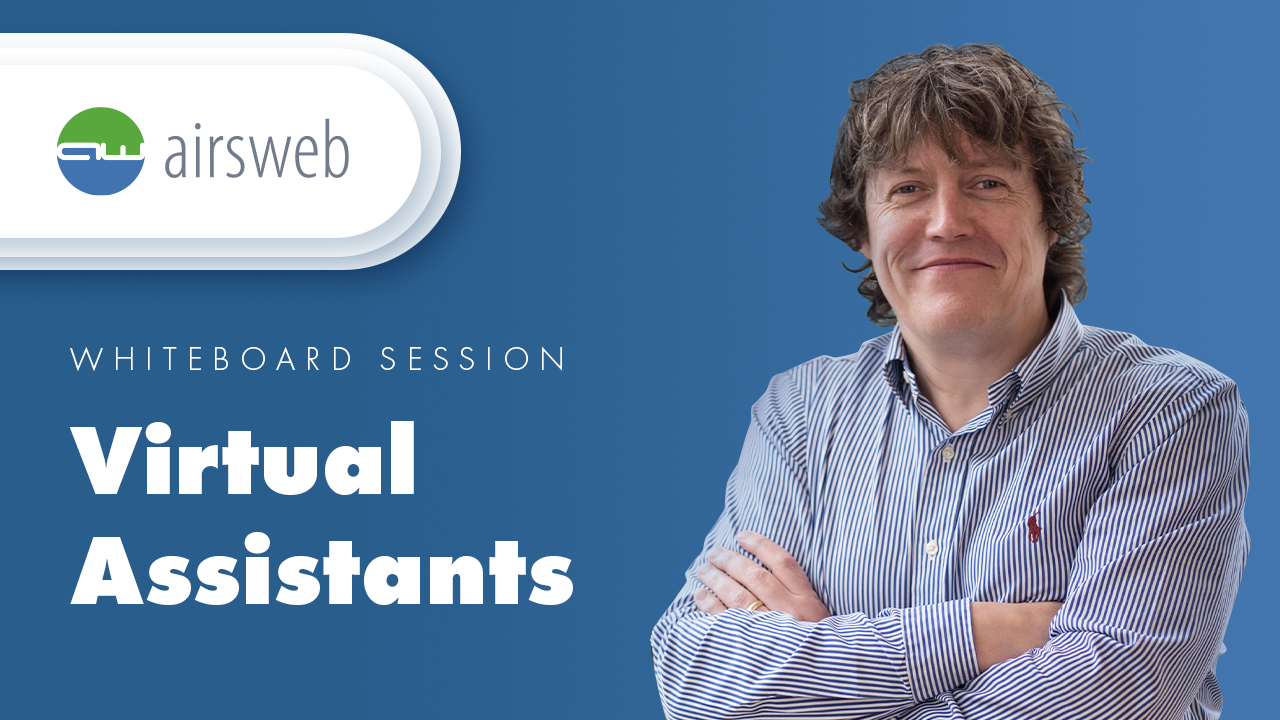 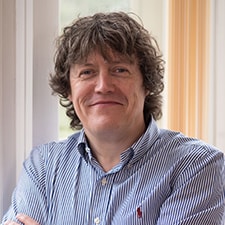 Hi everybody, Rob Leech Product Development Director at Airsweb. Another 30-second whiteboard video really to give you information on what we call "virtual assistants". So what is a virtual assistant? In really simple terms it's a piece of software that mimics a human activity. Usually combined with artificial intelligence so thinks for itself a little bit.

So a Virtual Assistants they're all round there now they're in medical, they're in health, in retail  and we thought we could use the virtual assistant concept in health and safety - in our AVA product - so we brought the concept in and thought where about what features of functionality could our virtual assistants really provide benefit within our AVA product. So we started off by thinking about our virtual assistant. You can see over here that you know we want it to be a way to access safety systems - one being AVA - one being the modules in AVA.

And the key thing you had to be - it had to have ease-of-use. It had to be that that central point to go to - to access all these systems but also it could be accessible on multiple devices so you might be using your phone and you want to use a virtual assistant. You might be on your iPad, your laptop, your PC, - we wanted all those things to be accessible via virtual assistant just by communicating with having a conversation with your virtual assistant. Now the benefits of this sort of thing, obviously, we saw straightaway that it would help reporting. If I if I could quickly have a chat with you you could increase reports and take away the barriers I don't need a computer, I don't need an email address I could just have a conversation via my phone or via some other device. A way to share best practice so a place to go for me and ask a question- "Can I see the safe systems of work for confined spaces?" "Can I see the risk assessment for going on the roof?" "Can I see the material data sheet for this particular chemical?" Accessible by all - and one source of the truth that was the key benefits we wanted from our virtual assistant. Now the technology we use was rather important and it did change as we progressed our virtual assistant but we finalised our our key theme on voice first technology.

So basically - you talk to it - you have a conversation - you're not using a keyboard - you're not using a mouse, no gestures. It is just voice first you can have a normal conversation usual natural language. I don't have to talk in "safety speak" I can have you know this has just happened to me I did this to clean it up I'd like to know about how it's followed up. The virtual assistant would listen - listen to what you said in convert the natural language to text and then analyze the text to say "Okay Rob you maybe told me where the accident happened, you told me the date and time, but you didn't tell me  who - can you tell me the name of the person involved?" So there's that artificial intelligence it listens to what you say and then it asks you questions based on what you've already reported. So it's voice first technology the matter what we use we also use IBM Watson behind the scenes as well to help us to do this.

The technology is key. Voice first is the future - you know in a couple years time less and less things we'll have keyboard and mouse interfaces more and more things will have voice interfaces - so our virtual assistant the key features using this technology we do. So as I said we'd have quick reporting. It's away from someone at the side of their they factory or their product line they don't even  have to take their gloves off or they a hat or their glasses they can walk straight over have a conversation. "This has just happened to me I did this about it I just fight a log it", and they can go back to their job. They're not broken from what they're doing very long they'd have to take their PPE off - or they're out and about - they're out in a field they pick up their phone and they have a chat with it. It's that easy to do you know it makes it quick and easy to increase that reporting function.

The feedback loop is key. Our clients who are testing this now said to me "Rob it's great getting people to report things, but unless they get some feedback on what they did and how's it progressed, people will stop reporting." If people see things get reported get actioned, get investigated and maybe something changes then you will increase that traction, increase that reporting. So the feedback loop was extremely important for us.

And you know the functions also was we left it open. We use a thing called our webhooks in there so actually it could call any other systems. One of our clients who are testing this now has asked "Could a user also going up to it to raise an incident using a virtual assistant on whatever mechanism, on their on their phone on iPad they could also maybe look up their timesheets. You know show me the shift pattern for today. Show me the safe systems of work from our risk assessment module?" You can actually use third-party systems or other Airsweb modules to enhance this.

So using this concept with our virtual assistant, we start it off using a voice technology so you could use it on your mobile phone and we'll show you a little video of that in a second, but then we braced out and said "Hang on maybe this is really useful if it's a central point where people can go to and interact with it." And then we came up with a concept of our kiosk which the video will show in a few seconds.

Now we have a safety kiosk which we've on trial at one of our client sites for reporting incidents and talking to other systems. So short video just about to play I'll show you our kiosk in action. Have a watch of it see what you think.

Send me some emails or feedback on it. We think this is the future. This is the Airsweb safety kiosk.

Experience AVA For Yourself

Our team would love to demonstrate the power of AVA for you in a one-on-one demo. If you would like to learn more then arrange a demo today!

Capture, manage and investigate incidents at the operational level. Analyse and report on incident performance at the executive level.

Automated. Configurable. Easy to use. Our Audit Management module can be tailored to meet the needs of any organisation.

Ultimate personalisation and configuration at your fingertips. Change anything from labels to lists and much, much more.